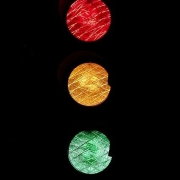 In the wake of late September’s German election maths and Merkel have set the stage for a traffic light coalition of red – social-democratic SPD – amber – liberal Free Democrats – and Greens. Luckily, for the SPD Chancellor candidate Olaf Scholz, but tragic for the left the option of a Left Coalition between the SPD, Greens and ex-communists. Die Linke just doesn’t add up. With the cordon sanitaire around the fascist-lite Alternative für Deutschland (AfD) there is Hobson’s choice, as the Centre-Right CDU/CSU descend into internecine warfare now they can no longer shelter in denial. German voters have – in recent elections at least – voted personality, Merkel, over Party and with her departure went her voters.

Thus, all the momentum and public opinion is driving an inexorable coalition deal well before Xmas; maybe even before the end of November. None of the Parties are in a position to say no. the Greens and FDP played a canny game in settling their differences first before walking in together to talk to the SPD. Now if that consortium holds there is a real danger that Scholz will end up with position, not power as the two partners colonise all the political agenda and the SPD is eaten from the inside. Yet for the Greens, its tactical brilliance is overshadowed by its strategic imbecility. Three hundred negotiators are now engaged with the three principal battles around climate, social policy and finance.

On climate the Greens want an end to coal mining by 2030 rather than the SPD’s Union influenced 2038. Compromise will favour the former. On aiming for millions of electric cars on Germany’s roads the FDP favours innovation over prohibition suggesting out-relief for Germany’s automobile manufacturers, while the German love affair with speed will not be curbed with no national speed limit. Social Policy will see a €12/hour minimum wage, a non-discriminatory Citizen’s income and easier routes to both naturalisation and deportation. The bloated Bundestag will shrink less than wanted by the small parties and more than wished by the former members of the Grand Coalition. Whether the Bundestag has the bottle to block the AfD’s ‘entitlement’, now it’s been elected twice, to the €60-70 million for its political education foundation the Desiderius-Erasmus Stiftung waits to be seen.

The war will be decided over financial policy. Ideas for spending are two a penny, but choke without money. Yet the FDP is holding the coalition hostage with its fiscal red lines. No new tax rises and no increase in the debt ceiling are hangovers from its addiction to austerity, a habit even Merkel’s conservatives gave up on two years ago, while at EU level no extension of common EU debt outside of the pandemic package, this being one of the EU’s most positive post-Brexit initiatives.

German Government has three key positions. Scholz will be Chancellor and then the Greens and the FDP will split the Foreign Ministry and the Finance Ministry. If the Greens take the Foreign Ministry and the FDP’s Christian Linder becomes Finance Minister the die is cast. If the Greens take Finance and the FDP are left with Foreign Affairs it’s game on. The FDP is trying for misdirection, dangling the prospect of a new super Climate Ministry under the noses of the Greens. Will they take the bait allowing the FDP a veto over everything with control of the Finance Ministry? This means the new Government can tinker around with headline catching cosmetic changes, but will be incapable of taking the steps necessary at national and EU level to steer out of the crises it faces. Then the hope lies with the polls.

German parties are rarely threatened from within their parliamentary caucuses, but as inability bites there are grounds to believe this time it might be different due to the quirks of the German PR system which has 299 constituency seats and a top up to reflect the proportion vote for parties with more than 5% or three constituency seats. More than half of both the SPD and Green MPs are new. The Left has been strengthened in both parties, and more interesting, especially in the SPD, these new members are less biddable. When the selections for constituencies and the lists were taking place the SPD was down at 15% in the polls meaning it was expecting to lose at least half or more of its 59 constituency seats and pick up seats on the list. The party insiders and factions organised accordingly.

The late surge confounded all expectations. They gained an additional 62 constituency seats with the list members shrinking from 94 to 85. These new members, who never expected to be elected when they were selected, have little to lose if when the shine comes off the coalition – and it will – they use their weight like the FDP have used theirs. Germany and the EU may come to live in interesting times!