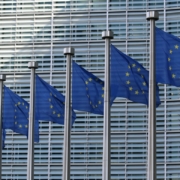 The next 18 months to two years will be a watershed period in relation between the European Union and China. At the end they will either be flying high or they will have failed to take off. There is a new European Commission whose dynamics and direction will be set in the coming months. Trade Commission Cecilia Malmstrom’s perceptions will be crucial. If China is to get the attention it warrants – and deserves – Europe’s institutions need fresh eyes.

At the recent EU-China summits, Beijing has proposed, in various forms, an EU-China comprehensive partnership. But it takes two to tango. The EU has shown a marked reluctance to even go to the party, let alone dance. Brussels even rejected bilateral “scoping exercises” to establish levels of ambition on both sides for a possible future free trade agreement.

First, some will argue that the 2012 agreement to open negotiations on a Bilateral Investment Treaty was a proxy for that commitment to future wider engagement. That would be to critically misread the situation. The decision was as much driven by narrow political calculations as it was by visions of burgeoning investment.

The EU adheres to the one-China policy. Under political pressure from the European Parliament and with the support from European industry, the commission was able to square the circle by announcing the simultaneous opening of Bilateral Investment Treaty negotiations with the Taiwan region and the Chinese mainland. The Beijing deal had the objective of further market opening accompanied by a robust legal framework protecting Intellectual Property Rights and the dismantling of institutional and other barriers to EU investors entering the Chinese market.

When Xi Jinping, the Chinese president, took office at the beginning of 2013, he announced his desire to see the economy opened further to foreign investors to boost innovation and competitiveness. The BIT was the perfect vehicle, but the early omens are not auspicious. Yet January’s fourth round of talks has been postponed while there is neither a text, nor any discussion of the vital aspect of market access. This procrastination could have serious consequences. If the two get “out of sync” there may be trouble for Beijing as any notion of the two as a “package” will unravel with the European Parliament considering them consecutively and not concurrently.

The second issue is China’s market economy status. In December 2016, the transitional agreements agreed in China’s accession protocol to the World Trade Organization come to an end. The arrangements allowed discriminatory treatment against Chinese industry by utilizing third country “surrogates” to establish “fair prices” for Chinese products involved in dumping complaints. It was this that exacerbated the recent EU-China dispute over the “dumping” of solar panels in the European market, with the commission’s arbitrary choice of India as the designated stand-in.

In November 2013 the European Parliament’s China resolution was a catalogue of complaints and criticism: “European enterprises deplore the existence of numerous tariff and non-tariff barriers to the Chinese market, such as certain forms of discrimination against foreign operators, as well as the complexity of the tariff structure and the technical barriers to trade.”

The EU-China relationship in terms of trade and political cooperation bilaterally and at the global level are too important to be left to chance. Brussels and Beijing must act in concert to ensure the right outcome. The commission in Brussels must start the heavy political lifting required with the council and Parliament.

This is no mere trade issues, rather a fundamental decision that will shape Europe’s relations with China for decades to come. The European Parliament has strong views on the need to address climate change, global piracy and the proliferation of weapons of mass destruction. To address these, Brussels needs Beijing. That needs to be made crystal clear. At the same time, China has to show that it is serious in delivering on Xi’s promise to use foreign investment to spur innovation and competition.